The Chakras and Addiction Recovery

Addiction specialist knows that the addiction education system in the U.S. has become increasingly aware and is now giving more credibility to the ancient knowledge and wisdom of chakras.  Studying the chakras and incorporating methods that release blocked energies in the chakras can have a profound effect on addictions. In some cases, the addiction cycle can be released entirely once the chakras become unblocked so that energy in the body is flowing smoothly through the body and not getting stuck in some area. It’s the stuckness that creates the blockage, which often results in longing for some addictive substance or activity to temporarily release the uncomfortableness. The problem with reaching for an addictive substance or activity is that it is only a temporary fix. Profound recovery from addiction includes releasing these blocked energies entirely.

The chakra system has been around for thousands of years. It comes from various Eastern spiritual teachings including Hinduism and Buddhism. Chakras are areas of the body that the ancient traditions have called “spinning wheels of energy.” Scott Kiloby calls the stuck energies in these areas “body contractions.”  Refer to the graphic at the bottom of this article to understand where the Chakras are located.

Through Scott Kiloby’s work with addiction clients at the Kiloby Center for Recovery and his research of the chakra systems throughout various traditions in India and other countries, he has compiled a list of how specific addictions line up with the various chakras. Take a look and see if your addiction is felt in the bodily area designated below.  This is not an exhaustive list, as each individual’s experience varies.

At the Kiloby Center, Scott and his facilitators use a variety of methods to show people how to relax and release the blocked energies or contractions in these chakra areas.  Some of these methods were developed by Scott and his Facilitators including Natural Rest, the Living Inquiries, chakra tapping, and Aperioga, which is a unique form of body movement that allows energy to flow more easily.  The Center also uses meditation, Tong Ren, Yoga, and other techniques for chakra work.

If you would like to learn more about the Center’s program involving this kind of deep bodywork, contact the Center at info@kilobycenter.com or call  1-866-kiloby-5 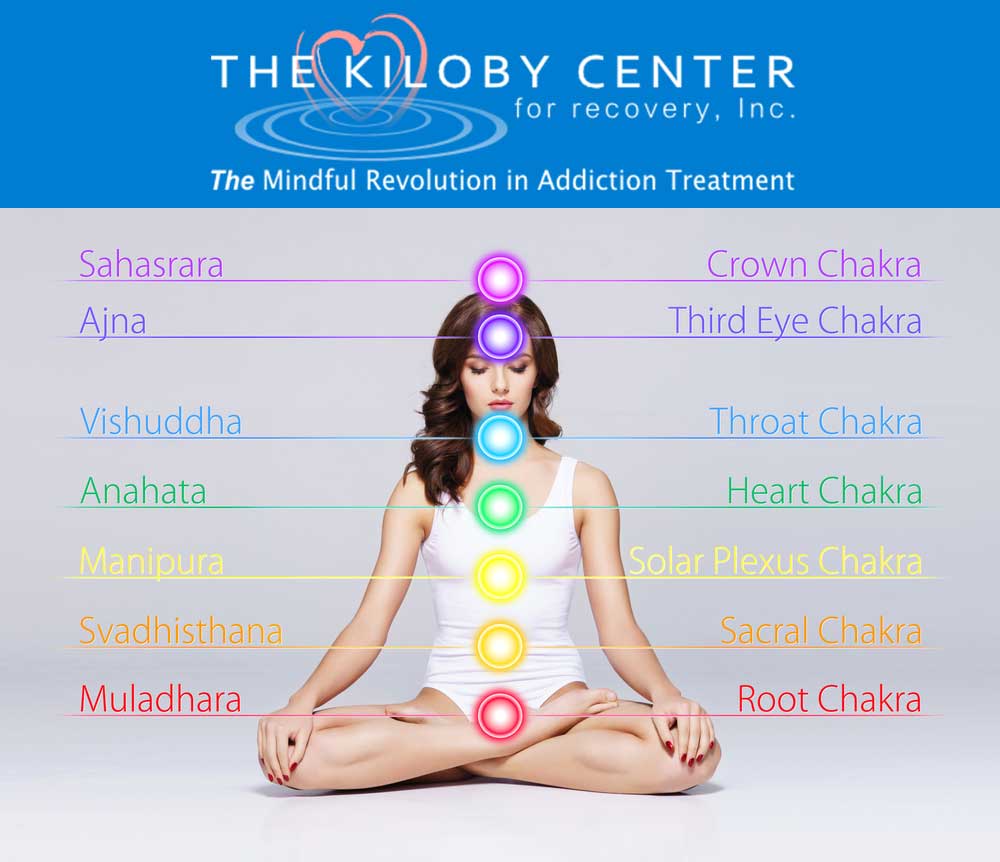