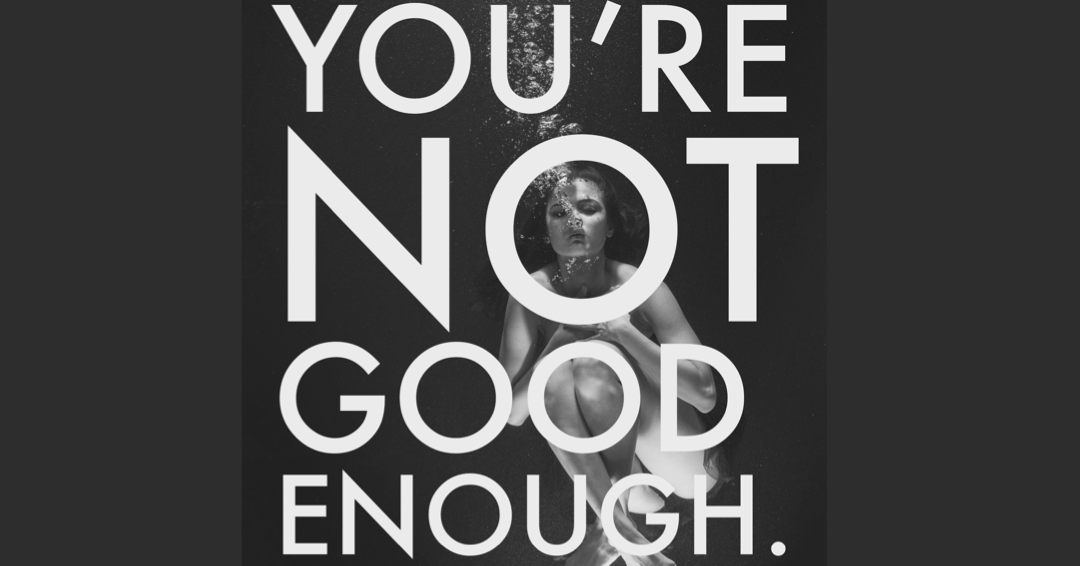 Deficiency Stories that Drive Addiction and Suffering: “I’m Not Good Enough”, Enneagram Type 3, and Mindfulness and Inquiry Based Treatment

If you are a Type 3 on the Enneagram  or ‘The Achiever’, the “I’m not good enough” story may resonate particularly strongly with you. Threes are always taking on new challenges and projects, and may find it hard to just sit and be. The drive for accomplishment is ever-present. Oftentimes threes equate value with success. They seek to avoid feeling like a failure at all costs.

The fear of failure or ‘being found out’ often lies at the core of the “I’m not good enough” deficiency story. It sometimes leads to the manifestation of addiction in the form of workaholism. It’s as if the ego kicks everything into overdrive and if we just keep working, or pushing, or creating, we won’t have to face the underlying pain.

Dan: Jessica, you’re an enneagram type 3. What was your first experience of identifying and addressing your core deficiency of not being good enough?

Jess: As a client at the Kiloby Center, I remember first beginning to dig into the “I’m not good enough” story. The surface level triggers that tapped into this story created an almost obsessive type of thinking pattern. Something would happen that would bring up a recent memory of falling short on some project, deadline, or job aspect and I would not be able to stop ruminating on it.

It wasn’t until I began to dig into the roots of those stories, through nondual inquiry, that I could actually see where the pain was truly originating from. For me, this trauma-driven desire for success or recognition didn’t stop with an addiction to work or projects. It carried over into other behaviors and substances that I then labelled as ‘addictions’, due to fear of falling short.

Dan: Do you mean the desire to “get clean or sober”?

Jess: Absolutely. All of the deficiency and pain kind of culminated into the addiction story for me. Ego just seemed to be saying, “If you can avoid these behaviors and substances then everything will be alright”. I didn’t realize that those behaviors were functioning as a sort of harm-reduction method for coping with the underlying trauma that nothing else seemed to reach for me. So of course I would beat myself up all the more when I would fall short, which was like a cycle that continued to feed the addiction story. Furthermore, it just kept getting reconfirmed over and over again in twelve step programs. I never touched the underlying trauma until I started looking and inquiring, from awareness, into the root causes.

Dan: You called it a “trauma-driven desire for success or recognition”. Can you say more about this? What is your definition of “trauma”?

Jess: Trauma is less about what happens to us and more about what we tell ourselves about what happens to us. The layer just beneath “needing to be sober” was “I’m not good enough”. The history of that belief went back to early childhood. It went back to fear of judgement, hell, and death.  So this older story was subtly operating in the background, as I walked around thinking I was just very upset about not hitting some sales goals. The reactions didn’t make sense, because in reality I had no idea what was truly driving my suffering. It was as if ego was telling me that I needed to be in a constant state of fear or insecurity so that I could finally be worthy of love, or even of life.

Dan: I can relate.  My parents raised me in a moderately religious environment.  I heard a lot about unconditional love, but most everything was actually conditional. “If you behave/believe in this specific way you will get rewarded, or punished”. I remember thinking to myself, “Ok so I either have to go along with what seems like a charade or be alone and not matter.” So I kept to myself and didn’t participate in the world of adults as much as possible. I was an only child, so this got pretty lonely. On top of that, my parents often left me feeling unseen and unacknowledged. They weren’t really present with me. That lack locked in a core deficiency story of “I’m nothing/don’t matter”.

As a teenager, I discovered that I could write and play music, and that people actually liked it. I remember thinking “Aha, now I know who I am!” and the overcompensation began. It only took another two decades for that identity to fall apart. The good news was, post-inquiry, neither the “I’m the lead singer” story nor the “I’m nothing/I don’t matter” story turned out to be real or true. What specific identities did you develop in order to “prove you were good enough”?

What I kept missing the whole time is that there is only one way to truly fulfill that need, and that is through self-acceptance. Mindfulness and inquiry helped me revisit all those pieces of myself that went through that pain. I was able to actually show up; to provide the unconditional love that I had been longing for. It turns out, I was the only one who could actually provide it.

*Follow the Kiloby Center on Facebook, Twitter, and Instagram to stay connected, and join us weekly as we continue to unpack and provide insights into some of the most common deficiency stories that contribute to our suffering, and how we began to heal from them.